A few years ago Transumo first set out uncover the best money transfer companies by country.

Sick of paying high fees – our main goal was quite simple – we wanted to inform about the options beyond traditional banks where you lose 3.5% – 5% of your funds ever time you make a transfer.

Most importantly, you did not end up using a bank. Apart from saving a bunch of money – telephone, online services and tools to make trades ensured you were miles ahead.

And that gap is widening. 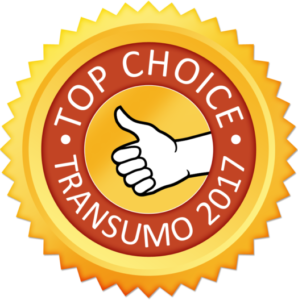 However as time has passed, differences between the services have become clearer – one leader has emerged so we decided to crown it!

Here is a review for OFX Australia, CanadianForex and USForex – who are the same company and share the same platform.

Cost wise, most services are quite similar. You can expect they to charge around 1% for larger amounts over $10k down to about 1.8% for their minimum. (Banks are about 3.5% plus fees usually charged by your bank and the receiving bank which often amounts to up to 5%)

There are two point of difference that makes OFX stand out for us and we think most people will agree.

However if you are transferring amounts less than $5k regularly and really want to squeeze every cent out of your transactions – perhaps one of the others is better.

There are many other differences between the services, but in our opinion they are more minor.

Alerts for example is important and something all three offer which can be extremely helpful.

Where OFX clearly wins the day in our opinion is that you can transact on weekends and also you can see exactly the rate you will get without logging in.

We expect other service provider to catch up in time, meantime just choosing one in your country will put you miles ahead.

6 Things You Should Know – Before You Sign Up In the next few minutes you will find out if Azimo is the right money transfer service for you. Here is the deal: We uncover the good, the bad, and the ugly so you know if Azimo is your best bet. We even break down…

For many people, TorFX is a fantastic way to save money on international transfers compared to banks. And they say, “Excellent Exchange Rates”. But here’s the deal: A money transfer company needs to do far more than have low costs to move your money. Yes, low fees are important, but confidence your money arrives quickly backed…

Can You Do Better? – Fees, Services and What Works Best N26 is an app based bank that covers Europe, UK (announced leaving 11 Feb) and the US. It is currently a leader and for very good reason but there are some tremendous alternatives. In the next few minutes we will blow the lid on…

Simply using your bank issued card for international purchases is easy. The problem is it is expensive – often extremely expensive with hidden fees that can go unnoticed. Fortunately, now days there are a handful of international prepaid debit cards designed to help significantly reduce costs. Like: The Wise debit Mastercard (formerly TransferWise). The Wise…

7 Things You Should Know Before You Sign Up! In the next few minutes, you will find out if Transfers through Wise formerly TransferWise (from March 2021) is the right choice for your needs. Pros Can be inexpensive Transparency of fees/costs (see below) Rates guarantee (2 – 72 hrs) Cons Online focus, limits telephone contact to…