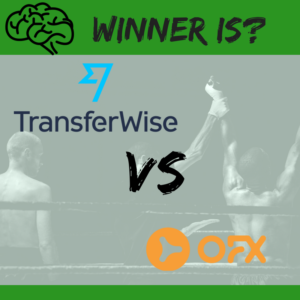 If you are looking for the fastest, cheapest, and most secure way to send money overseas – you’ve come to the right place.

TransferWise and OFX are heavyweights in the fight to save individuals and businesses money on international transfers and both offer a fantastic service between a high number of countries.

But on the surface they are very different!

TransferWise is a peer-to-peer (P2P) business which essentially means it swaps your money with that of others.

OFX is a little more traditional – basically it relies on banks to help fund the flows of money.

But what does this mean in practice for you?

And how to they compare for the 5 essential considerations?

We’ll uncover the key differences, but ultimately there is only one real winner here – YOU!

For a Quicker Read – Skip to the 5 Summaries as Indicated

Here is a full review of TransferWise

Here is a full review of OFX

5 Super Important Categories We Are Comparing

We have also taken a deep dive into customer reviews to see what others are saying about the services.

Let’s get stuck in!

This is likely to be one of the most important things for many people. Unfortunately, it also one of the most complicated factors. The overall cost will vary depending on your currency pairing and the amount of money you are sending.

When you send money with TransferWise, the fees are based on a percentage of the amount of money you are sending. If you are planning to send a low amount of money, some currencies also have a small minimum fee that you will have to pay.

The fees are generally very low. However, they do differ depending on the currency pairing you choose. This can leave some transfers costing more than others.

Many currency pairings have a fee of under 1% and some are even charged at 0.5%. The maximum fee doesn’t really go above 3%, except for transfers to Ukrainian Hryvnia. At the time of writing these all have a 5% fee.

Arguably the best thing about TransferWise is that while you pay a small fee for every transfer, you get the mid-market exchange rate.

This means that you should get the mid market exchange rate on Google (opens a new tab) or wherever you check rates. It is highly unlikely that you will be able to get a better exchange rate than with TransferWise which they show live here.

OFX’s system is a little different.

They have a standard fee of $15 for transfers under $10,000 (Just In: click here to pay no fees on any amount) (opens a new tab) and no fee at all for transfers over $10,000. This is great news if you are planning to transfer a large amount of money.

However, it is worth noting that OFX do not give the mid-market rate for transfers. Although, the rate they give is generally pretty low and can be as little as 0.4% in practice we have have found 0.8% – 1.2% is typical for amounts ranging from $5k to $50k. More then that and the rate would go lower than 1%.

Costs: And The Winner Is? TransferWise (on Smaller Amounts) and OFX (on Larger Amounts)

For small amounts of money, TransferWise is likely to be cheaper (especially if you pay the $15 OFX fee because you did not click the link above). Not only is the fee charged as a small percentage of your overall transfer, they also give you the mid market exchange rate.

Things get a little closer as you start to transfer larger amounts. In cases where you send over $10,000, which service is cheaper will come down to whether the margin OFX charge on the exchange rate is more or less than the fee TransferWise charge for you to make a transfer. We also note that TransferWise is relying on peers overseas so we wonder if larger amounts is a problem in matching or if fees (and banks) make up the difference.

Ultimately, just using one of there two is a significant cost saving on using a bank. But if you really need to squeeze every last cent, it may depend a lot on which countries you are working with, so perhaps start there by checking both OFX and TransferWise (both open in a new window for comparison)

How long your transfer takes can be pretty important when it comes to transferring money, especially if you are transferring the money for something urgent. Luckily, you will be pretty well served by both these companies and, whichever way you go, it is likely that your transfer will be quicker than with a bank.

TransferWise transfers take a maximum of two days. However, it is fairly common for transfers to take far less time than this and often your transfer will be completed within hours.

OFX transfers generally take 1-2 days to arrive. However, some transfers can be completed in an even shorter time period and they say that transfers from the US to Australia can arrive in the recipient’s account on the same day you send it.

And The Winner Is? A DRAW for Speed

In practice, despite the fast speed both these services have the banks at both ends require time to transact. So two days usually becomes 4-5 working days if you are living in a place like USA, UK or Australia where the banking system is fairly similar.

Of course, as with transfer fees, the exact amount of time your transfer will take depends on a number of factors. Things such as a bank holiday in one of the countries you are sending money too can also affect the overall time it takes.

However, considering that both services make transfers within two days and even on the same day with some currency pairings, we decided that a draw is probably fair here.

If you have ever had something take a little longer than expected when transferring money around the world, you will know the importance of good customer service. Being able to have your queries answered asap can really help give you peace of mind. Let’s take a look at how the two services match up.

TransferWise can be contacted via their website, via email, or on the phone at one of their global offices. They currently have offices around the world including in Europe, North America, South America, Asia, and Australia. Their offices can be found in:

It is worth noting that the Japan, Hungary, and Singapore offices don’t accept calls but you can request a callback.

Remember at the beginning of the article when we mentioned that OFX is the consolidation of numerous Forex brands? Well, what that means is that OFX have physical offices around the world. Their global offices can be found in:

Because of this, it is pretty easy to get on the phone and speak to a representative of the company.

And The Winner Is? A DRAW for Customer Service

Really, again it’s pretty hard to separate the two when it comes to customer service. Both companies have a global presence and can easily be contacted via a variety of different channels. Should an issue arise with your transfer, you should be in safe hands.

However, our experience with OFX customer service has been excellent and we especially like how eager they are to talk on the phone. Because of this, OFX perhaps just about edge it.

Security is probably the most important thing when it comes to transferring money abroad. Luckily, you should have nothing to worry about using either TransferWise or OFX.

Both companies are regulated by various bodies in the countries that they operate in and they are both trusted by businesses and consumers to send a significant amount of money abroad each day.

TransferWise is regulated by various bodies across the world including:

They claim that they maintain bank-level security and that this is continually and independently tested. They also offer security for their online products such verification and 2-step logins.

OFX are regulated in each of the countries they operate in. This includes:

OFX adhere to strict money laundering regulations. Also, for some peace of mind, according to their website, they processed $9.1 billion in foreign exchange transactions last year.

And The Winner Is? A DRAW for Security

While it may be impossible to have a service that is 100% secure, it seems like both TransferWise and OFX are about as secure as it gets. The only downside to this is that it means it’s pretty impossible to pick a winner. This one is also a draw.

What Are Others Saying?

One way to see how good a company is is to check out what others are saying about it. We took a look at each company’s profile on TrustPilot to see what people are saying about TransferWise and OFX.

TransferWise have a 5* rating of “excellent” on TrustPilot from 41,991 reviews. The reviews mention how easy it is to use the platform, as well as its great service and the speed of transfer.

While certainly not common, there are some negative reviews. These point to people having trouble getting approved, and transfers taking longer than expected.

OFX have a 4* rating of “great” from 3,084 reviews on TrustPilot. The reviews mention how fast and easy the service is as well as how professional and helpful the staff at the company are.

Like with TransferWise, the negative reviews are few and far between but generally relate to transfers taking longer than expected or people having trouble getting approved to use the service.

And The Winner Is? TransferWise for Reviews

Should I Be Worried About Bad Reviews?

Both companies have overwhelmingly positive reviews. Most of the negative reviews seem to be to do with individual transfers taking longer than expected on having problems with getting approved to use the service.

It is worth keeping this in mind and noting that, while most transfers will be ok, occasionally there may be something that causes the transfer to take longer than expected. This can often be something outside the control of the transfer company such as verification failures or banks being shut.

One thing worth noting is that both TransferWise and OFX replied to the majority of the problems that occurred on these websites.

“And The The Winner Overall Is…”

In our opinion it comes down to the amount you want to send. In TransferWise and OFX we have two excellent services. While it is pretty much impossible to choose an overall winner, we can have a better go if we break things down.

If you need to transfer a small amount of money, in most situations TransferWise is going to be your best bet. This is due to a pricing structure that only charges a percentage of the money you send.

If you are sending a larger amount of money perhaps a few thousand, then you should really take a look at both services to see where the best deal lies. This is especially the case with amounts over $10,000. 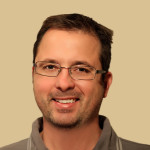 Personal Note: When I recently sold our house overseas, I looked at both and opted for OFX because I felt very confident with the (non P2P) system and because of great past experiences including problems with my bank.

However if the amounts I had to send were less than $10,000 I would choose TransferWise.

In all other categories, the two services are pretty much inseparable. Perhaps the best thing to do is to get a quote from both services and see what you think.