Want to transfer Aussie Dollars to US Dollars, GBP or CAD?

It can be challenging to know when you should put the trigger.

Interest rates, reserve bank meetings … the list goes on but worst of all – conflicting forecasts and emotions can all conspire against you to make a wise decision. 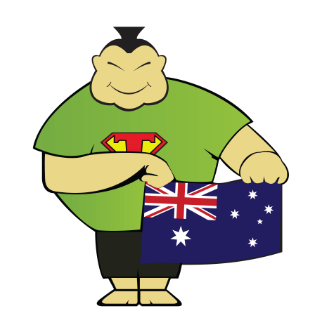 However if you want to transfer Aussie dollars abroad, timing can make a significant difference to the amount that arrives.

Transumo’s motto is, “Money Transfers Made Simple”. We want to remove the emotions and indecision and replace those feelings in the form of confidence.

To demonstrate my simple yet effective method I showed how I saved $2500 or 10% in one transaction.

In it I show the most important step is where using some simple charts to work out when it was a good time to send money.

The problem with this is, the charts change continually!

So, I have decided to show you what the charts are telling me right now if I wanted to transfer Aussie dollars to USA, UK or Canada.

First a Disclaimer: This website is intended to provide general information and opinions. The information contained in this post, page and website does not constitute and is not intended to be financial advice. You should make your own decisions and potentially in conjunction with a registered financial professional.

I hope this makes my position clear – This is just my opinion based on what I see in the charts and I have saved many many thousands of dollars following them with my own money.

Basically, this is what I would do and in some cases am doing. I hope it helps in making your own decision.

The two year chart shows the Aussie dollar has been struggling against the pound until this year and more recently it appears the Aussie battler may have turned the corner.

The three month chart is going to really helpful to see what is happening most recently.

The three month chart shows we are in a pretty clear uptrend against the pound.

Interestingly, we are also at the top end of the channel created with the two parallel lines – so if I had to move my money in the next few days now would not be a bad time given that little spike up recently.

On the other hand, if I could wait I probably would.

Lets check the five day chart just to make sure.

I know what you are thinking.

It might just keep going … and it might, but the 3 month chart tells us that it could come back to earth or 56 pence pretty easily. That is why if I had a short term need to transfer some money I would probably do it now and be happy for the extra 1p or 2%.

Longer term though, I think it is pretty clear:

The current trend line is pretty clearly looking like the Aussie is battling back pretty hard, but it is actually the GBP that is losing steam. I will be watching the three month channel really closely though and any downside move through that bottom trend line would mean I would send some money. Also, the current trend is not even 2 months old – so while this could be something great my confidence is not.

What is that song I hear everywhere, “like a roller coaster”

The roller coaster is one of those where you really wish you had not just had lunch. Long term it looks down, but just like a roller coaster you have no idea when things will change but you can be sure it probably will not be for long.

Maybe the three month chart will help a bit more:

Nothing inspires me either way as to the long term direction – I just hope this ride is over soon.

The five day chart will likely be of little use to us because it really will not mean much in the big picture here, which is that up or down, it is very unclear.

No point in putting trend lines on the chart given what we just saw. We are all about the long term and I just put the five day chart in to make sure longer term trends are either still in place or if we need to be on the look out for a change.

The only thing I can possibly glean from all this is the long term trend that the Aussie dollar appears to be weakening long term. Based on the two year chart I think it more likely will will see another leg to the downside.

Longer term though, I think it is not clear, but the Aussie is more likely to devalue further against the American dollar. Therefore if it was my money, I would have to at least send some now.

This chart reminds me of trying to help my three year old recently draw a W – except her version looked nothing like a W. Of course, I told her it was an excellent W and hoped that maybe one day before Uni she will draw one.

Experienced professional people will tell you something magical happens with a W formation – but I am sceptical and like simple trends. A W is supposed to mean a solid base has been formed and the move will be to the upside from here.

I would prefer to focus on the most recent channel which started in March and tells me a break through $1.00 or $1.02 will likely mean a pretty significant move – easily 6c or so based on the past moves over the last couple years

So now the three month chart has got me pretty excited!

So close to 1.02 but clearly still stuck!

I don’t put much stock in the 5 day chart, but it always like to check. What if it is $1.03 now? If is was this might mean it has finally broken through and the people who believe in W are right.

Ahhhh – So close yet possibly so far away.

This is perfect example of why charts are so useful. Try as the Aussie might the Loonie is holding strong at 1.2!

So what does this mean?

Short term, you should probably send some Aussie dollars to Canada. Long term all bets are off and so if you can I would wait.

The Aussie dollar is in a super interesting balance right now – poised to go higher possibly on the British pound but less convincingly on the Canadian dollar.

Looks like the pound could easily continue to lose more value here I recon.

The Canadian dollar is a fine balance, last week against the Aussie the charts were telling the opposite story then they are now – this makes me think waiting (if possible) is a good idea. If you have a short term time frame, sending Aussie to Canada now would probably prove to be a good move.

Sending Aussie dollars to American dollars is very unclear but because of the longer term – two year chart I am suggesting that sending some now might be a good idea.

Are you tired of banks taking you to the cleaners? Its no secret that Aussie banks have had it pretty good for a long time. Now you can fight back! Until recently if you are a resident in Australia you have had little choice outside of the big 4 banks when it came to international…

Just over one month ago I wrote my second post about transferring Aussie dollars now or later. Today, we will look at my results if I had taken my own advice and more importantly look at what we should do next! As you may know, I have saved thousands of dollars with a simple approach…

Domestic and International including UK, Europe, US, Canada, and Australia Click here for International (below) Disclosure: This post contains affiliate links which often saves you money!  For more information, see my disclosures here. Domestic In Germany you can only transfer money to friends and family locally via bank transfers (high-street banks and challenger banks).  High street banks You’ll need…

To and From – UK, Europe, US, Canada, and Australia International money transfers to South Africa or from South Africa can be a tricky prospect especially if you consider the Single Discretionary Allowance (SDA). Let’s make it simple. The key is to choose the right service to match your needs. For example, a very important…

Domestic and International including the UK, US, Canada, Australia, and Europe The good news is there’s an overwhelming number of options when it comes to sending money in India or home to family from other countries. Let’s make it simple! >> Skip down to international transfers. Disclosure: This post contains affiliate links which often saves you…

To and From – UK, Europe, US, Canada, and Australia International money transfers to the Philippines can be a tricky prospect – simply because they are so many to choose from – which ones can you trust? Let’s make it simple. In the next few minutes you will find the best service for YOU! For example,…