To and From – UK, Canada, Australia, Philippines, India and Worldwide

International money transfers to or from the United States can be a tricky prospect. 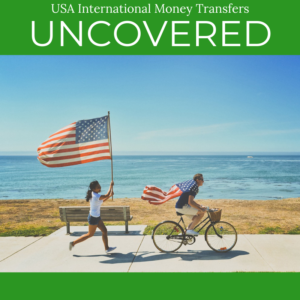 Generally you can send money into the US without any worries, but (if you are a resident of the US) sending money out needs to be done through a service that is registered in the state where you reside.

But that is not all.

For larger amounts especially (above $7000 USD), we found the country you are transacting with makes a big difference in who you should use.

Last but not least, we cover safety and security.

Full Disclosure: While we aim to show you the good and the bad so you can make the best choice, there are links contained in this page which are affiliate links (and while not costing you anything) do earn us a commission. We often also get the opportunity to provide you with discounts and limited time offers as part of using the link. If you use these links thank you for for supporting our mission to making money transfers simple (and cheaper 🙂 )!

Country Notes (to and from these countries)

If you are sending money to friends or family back home you most people need the money to arrive in cash.

But watch out for the fees!

For decades remitters like Western Union and MoneyGram have been your only option.

Costs on average have been around 8% and and can be higher partly because of the lack of competition and partly because the money needs to be picked up in cash.

But things are changing and fast.

In many countries the post office or a Western Union window was the only place where money could be picked up, now innovative services like WorldRemit (review) are great alternatives while lowering fees and enabling the sender and receiver to use their mobile phone to send money and be notified when it has arrived.

Right now they also have “3Free” campaign which gives you the first three transfers free. Check out the review for details.

If all your amounts are below about $7000 USD and you can transfer from bank to bank we found that services like TransferWise are going to be hard to beat.

Another great contender is XE who is North American based which does have advantages if you want to speak to someone. While they are not a P2P service they are still very competitive in terms of fees and service.

Above $7000 and the more main stream (non-P2P) companies tend to shine for a number of reasons including:

Because these services need to be registered in every state in the US where they want to operate, there are only a handful that are worthy of mention.

At the top of our list is OFX who has offices in North America, UK, Australia, Singapore, Hong Kong and more.

These rates are the average of two major comparison services in the USA.

However despite seeming to have real time rates – each service usually offers a different rate depending on the amount transferred as currencies fluctuate along with the world currency markets each tick of the clock.

By the time you have registered with a company or even just logged onto their website, the rate they offer will have changed.

We have included the rates here simply as a way to clearly show that the services are very similar in what they offer and also a much better deal than banks.

In this group you will find providers that are top shelf. They also happen to be some of the largest in the industry – which is no accident.

Compared to a bank any of these will be a much cheaper and better way to transfer funds internationally.

However, some are better than other depending on the country where you plan to send you money.

All services are recommended in the table above because they are regulated in the UK and US.

They actively work to keep fees low including local bank accounts in the US and the UK which generally means low or no fees from the banks at either end.

Customer service wise all are great choices with OFX and XE standouts because they have telephone support based out of North America with a strong online offering. For larger amounts this can be an important advantage because banks all have different fees and rules which may require some expertise to ensure things run as smoothly as possible.

In the table above, OFX and XE operate from physical offices in Canada with great North American support and bank networks which enables them to keep costs low and service high.

While TransferWise does have an office in New York the service is aimed at smaller amounts.

For larger amounts, OFX is a stand out for US to Australia and vice versa because of its strong presence in both countries. Listed on the ASX and started in Sydney OFX has been on a mission for many years to liberate the US from costly bank fees.

For smaller amounts, TransferWise is a great choice because of its simple no fuss online service and transparency on fees.

However as the amounts climb, OFX becomes more competitive and due to their service strengths in both countries they are recommended.

For cash amounts to family and friends, WorldRemit could be your best choice. In the Philippines they manage a network of places where cash can be picked up including BDO, Metrobank, PS Bank, Bank of Commerce, PawnShops and other Remittance Services like Kwarta Padala and BDO counters.

If bank to bank is possible, for smaller amounts TransferWise will be hard to beat.

OFX is hard to beat if you need to send larger amounts.

For smaller amounts bank to bank TransferWise is an excellent choice as they deal with the USD to Indian Rupee (INR).

For larger amounts bank to bank OFX to India is a excellent choice. 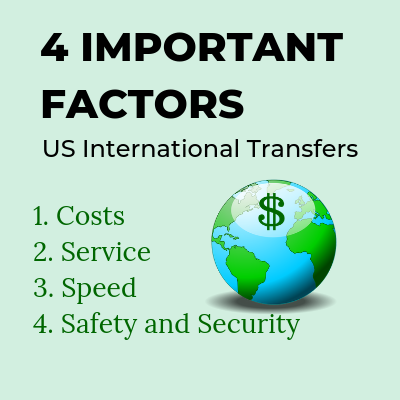 For most people, cost is a great motivation and if you consider that money transfer services can be 8 times cheaper it is easy to see why they are winning a lot of business from banks.

From the US, TransferWise tends to be the cheapest on amounts below $7000. It is also wonderfully transparent on fees.

Amounts above $7000, and it is hard to beat OFX and their services.

Costs aside, a great reason for transacting using a money transfer provider is that their level of service is awesome.

This can be really important when the receiving bank delays payment or something else seems to have gone pear shaped.

Generally all three are standouts in this regard, although there are some important differences that may make all the difference.

All three services are strong when it comes to support, but they are fundamentally different.

At first you will think that their services are all limited to doing business online.

However even TransferWise which is designed for smaller amounts has strong phone support if someone needs assistance.

At the other end of the spectrum while OFX is focused on doing most things online, their phone support is able to handle more complex issues that are more likely to come up as the amounts grow. The reason for this is banks at either end can be very different in the way they work. For example, depending on the way you choose to fund the transaction different banks have different limits on the amounts you can send. Dealing with a knowledgable customer support person can be super helpful and stress free.

Money transfer companies can be super fast taking a couple days instead of a week or more. This is partly because some allow the transfer to be funded by credit or debit card (like TransferWise does for an extra fee) and also because they have banks in multiple countries meaning they can release funds in local currencies pretty much immediately.

Banks by comparison need to deal with SWIFT for international payments making them relatively slow.

Money transfer services are regulated in the countries in which they physically operate. This means they have to follow lots of rules which makes dealing with them safe and secure as reasonably possible.

OFX, TransferWise and XE are all registered with FinCen in the US as well as many other countries.